Become a connoisseur of natural pearls in 10 easy steps: Part 1 On the exterior and to the naked eye, there is no obvious difference between a natural pearl and a cultured pearl. The difference arises from the fact that a natural pearl is formed accidentally and without any human intervention, while a cultured pearl is started by the introduction of an irritant by man, after which the process is continued solely by the metabolism of the living mollusc. In both cases the formation of a pearl is the result of the self-preservation reaction of the mollusc.  If it does not get expel the irritant it must cover it in nacre, otherwise it will die. 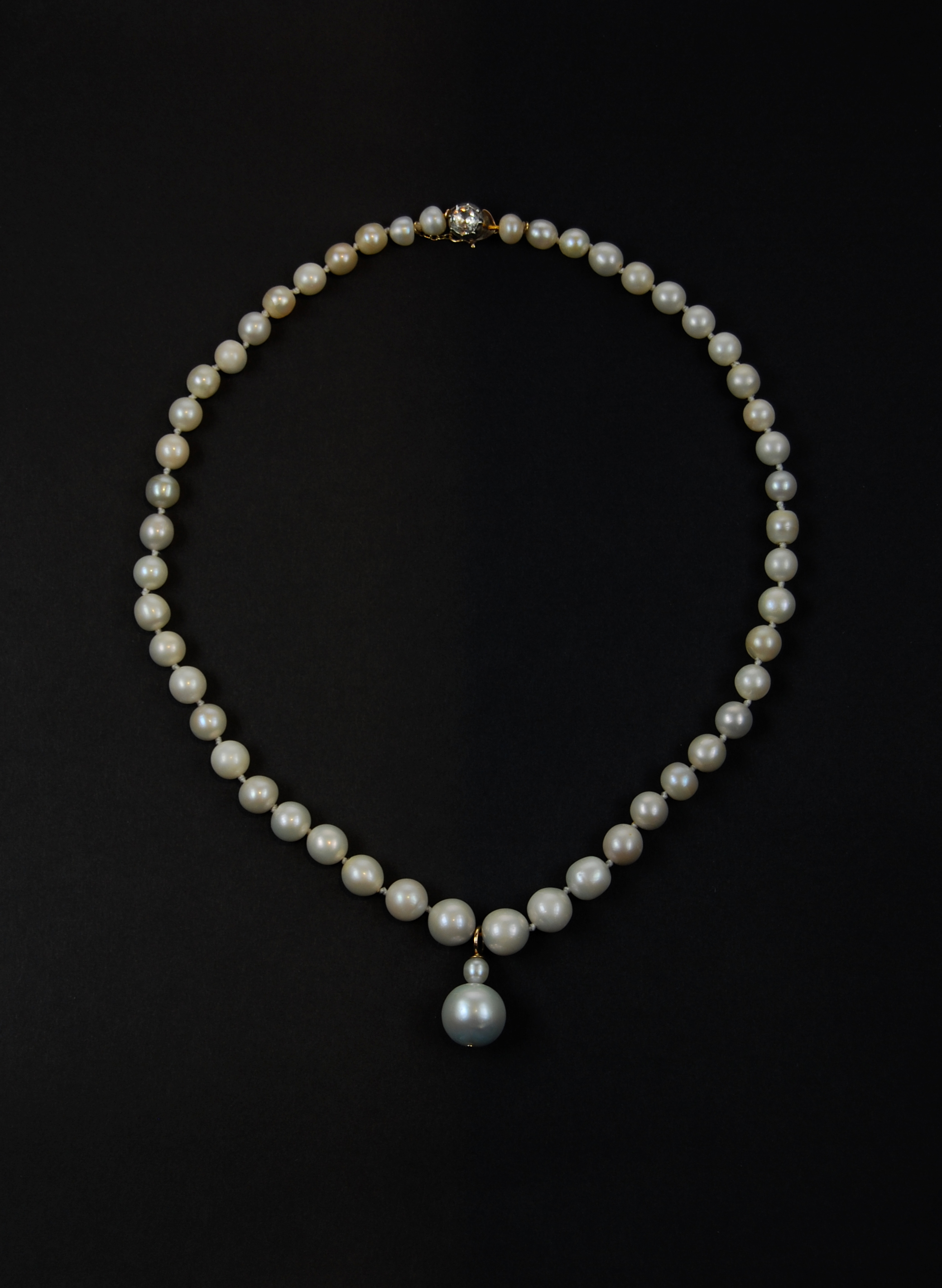 The chances of finding a seawater natural pearl are1 in 5000

The term natural pearl implies accidental formation without any human intervention. A natural pearl is caused by the protective reaction of an oyster or mussel to the accidental introduction of a foreign body into its organism. This reaction starts by the mollusc covering the intruder with epithelial cells which will form a pearl sac around the intruder, the pearl sac deposits concentric layers of nacre that surround the offending object and slowly form the pearl, layer by layer. Natural pearls can be formed in seawater or in freshwater.

Make a pearl or … DIE

Natural pearls occur when a piece of shell, coral, bone or a large piece of grit hooks into the flesh of the oyster, it breaks the surface of the epithelial cells and carries with it epithelial or nacre producing cells. The oyster tries to expel the intruder but if it is unable to dislodge the irritant, this foreign body will start the formation of a pearl. A grain of sand is hardly ever involved in the production of a natural pearl as the oyster lives in sand and can easily expel it. Elisabeth Strack an eminent pearl specialist of our day discovered another way in which a natural pearl can be formed, refer to the diagram shown, if the epithelial cells covering of the mantle is broken and these crucial nacre making cells travel as a group into the mantle, this in turn will form a pearl sac and a natural pearl will be born.

Stay tuned for part 2! Soon you will be an expert!